A few years ago, John Hogan at the "Cards That Never Were" blog made a batch of custom baseball and football cards for me at my request.  I noticed that John did not include these images on his own blog, so I am posting them here so they can be appreciated by all. These are cards where the player was either missing, traded during the season, or just to upgrade a player from a Rookie Stars card to a solo card. 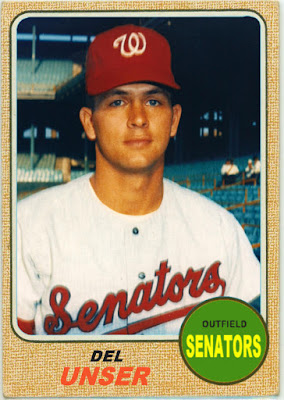 Del Unser made his major-league debut at the start of the 1968 season, winning the starting center field job. He was selected to the Topps All-Rookie team. 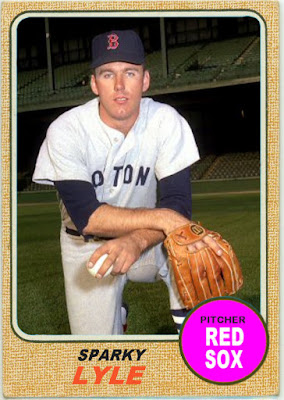 Sparky Lyle joined the Red Sox in July 1967 and was with the team for the remainder of the season, yet he did not have a card until 1969. 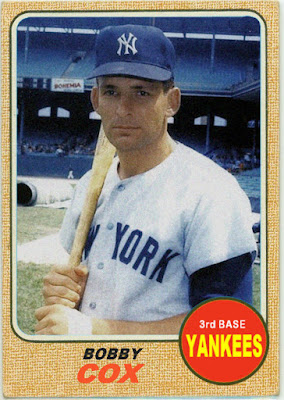 Bobby Cox' MLB playing career lasted 2 seasons. He was the Yankees' 3rd baseman as a rookie in 1968, and shared the job in 1969. He went on to a long career as the Braves' manager. 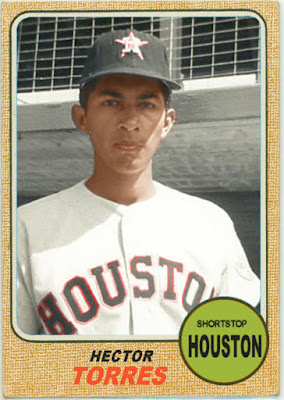 Hector Torres debuted in 1968 as the Astros' starting shortstop, his only season as a regular. He played for several teams over the next 9 seasons. 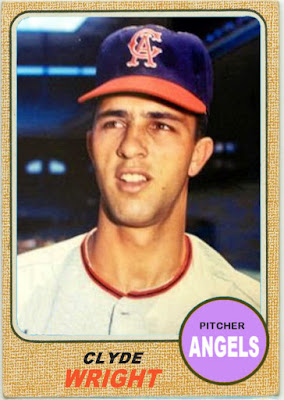 Clyde Wright was one of several young pitchers on the Angels' staff in 1968 (along with Rickey Clark, Tom Burgmeier, and Marty Pattin) who did not have cards in the 1968 set (or in previous years). 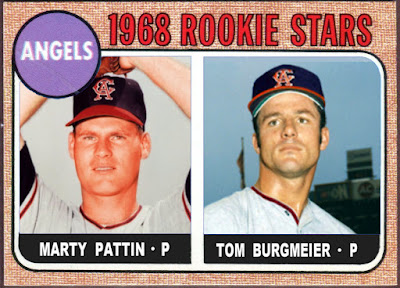 Marty Pattin and Tom Burgmeier both made their MLB debut in 1968, with significant playing time. They were both selected by expansion teams after the season.

Although not requested by me, here are some other 1968 creations John has featured on his blog: 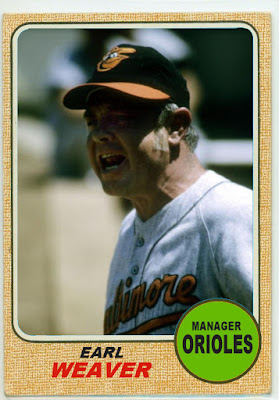 Earl Weaver took over the Orioles' managerial post in mid-July 1968 after Hank Bauer was fired. 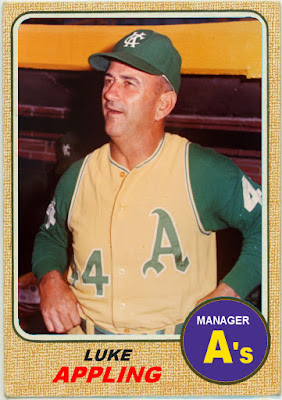 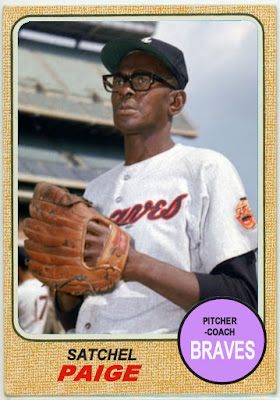 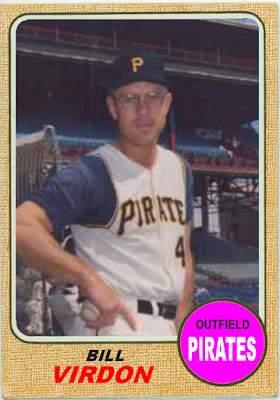 Bill Virdon was the Pirates' center fielder from 1956-65. After retiring, he became a coach for the Pirates, and was reactivated for 6 games during the 1968 season. 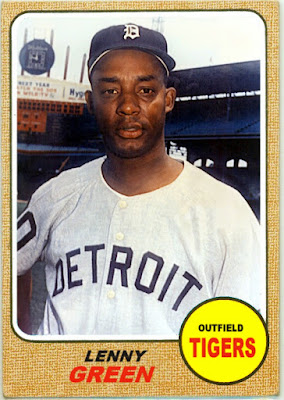 Lenny Green played for several teams from 1959-66, and finished up his career with the Tigers in 1967 and 1968. He began both of those seasons in the minors, affecting his inclusion in those 2 sets. 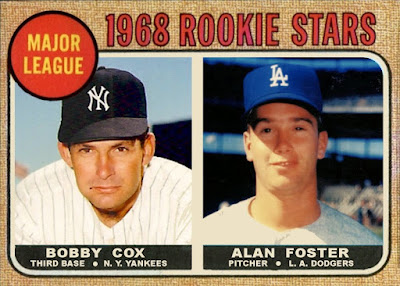