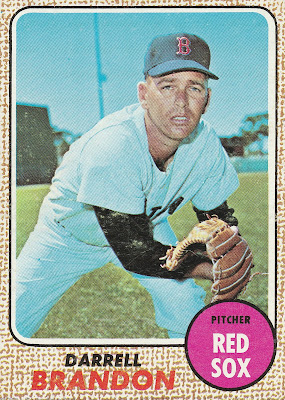 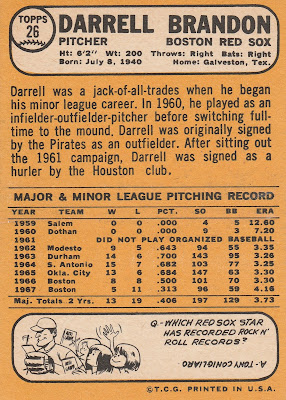 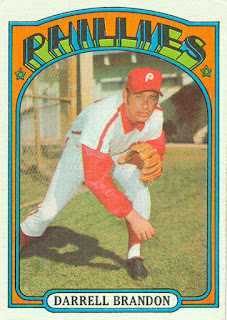 It’s odd that both Baseball-Reference.com and Wikipedia.org refer to him as “Bucky Brandon”. I don’t ever remember seeing his baseball cards without “Darrell” as his name. Although Baseball-Reference will redirect “Darrell Brandon” queries to their Bucky Brandon page, Wikipedia has no knowledge of a “Darrell Brandon”.
Posted by Jim from Downingtown at 9:50 PM 1 comment: