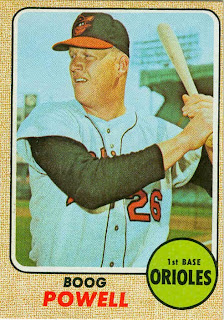 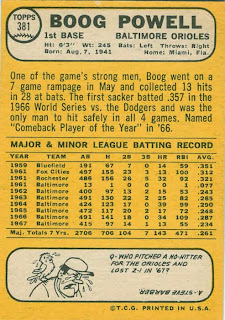 Angels in the Outfield: Eight is Enough

Duplicating a feat from the previous year, Topps again issued cards for EIGHT Angels' outfielders. (This doesn't even include "INF-OF" Woodie Held.) The pitching staff took the hit for this, with only 7 cards. At least Topps cut back from 4 to 3 catchers this year. 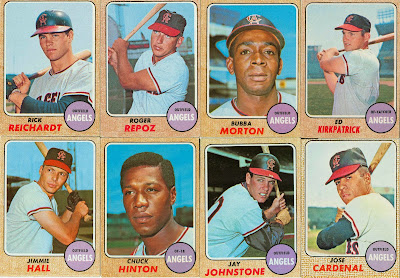 Cardenal was traded to the Indians in the off-season for Chuck Hinton, not in time to change his 1st-series card. The Angels also acquired Vic Davalillo, who played 86 games in the outfield.
Posted by Jim from Downingtown at 12:00 AM No comments: